Home Recomendaciones Buyer Profile: A Guide to Who Buys Where 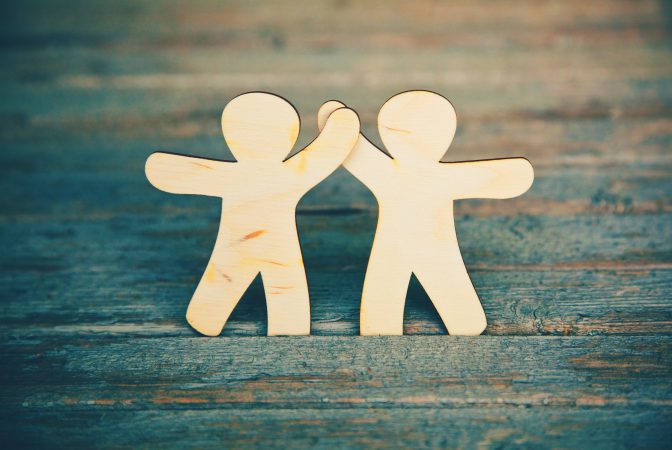 Each region in Spain has a unique buyer profile, depending on property availability and buyer motivation. Here we look at the different buyer profiles in all our regions.

“There has been increasing demand recently from Latin American buyers looking to invest in Madrid, mainly as a secondary residence with a budget of around €1.5 million to €2.5 million. However, the city also attracts Northern European buyers, primarily looking for properties around €500,000 to €1 million. Madrid buyers tend to be aged between 50 and 60 years old and are entrepreneurs and business owners, married with grown up children. The most sought-after properties are apartments with 2 or 3 bedrooms situated in period buildings with character that are sized between 150m² and 200m² and renovated to a high standard (with a gym, spa, concierge etc). The areas currently most in demand are the districts of Salamanca, Chamberí  (Almagro) and Justicia.”

“In recent months we have seen a shift towards buyers looking for investment properties, especially for the Golden Visa and rentals. Age-wise they tend to be in their mid 40s upwards and work in senior management, finance or have their own businesses. This is particularly the case with Middle Eastern buyers, a demographic that has grown significantly in the last year. Products most in demand tend to be newly renovated with classic taste apartments in central locations such as Eixample and the Zona Alta, particularly Turó Park.”

“The vast majority of our buyers are national and are searching for a primary residence. Age-wise they tend to be from 40 to 60 years old, and are business owners, retirees or working professionals. The products most in demand are apartments, penthouses and villas specifically in the areas of Los Monasterios, Patacona and Gran Via. We’re seeing buyers looking for much more transparency in the market and overall they are generally more demanding with their requirements than five years ago.”

“The average buyer in Ibiza is generally a ‘lifestyle’ buyer looking for a property of around €2 million to €3 million. They are normally aged between 40 and 50 years old and have young children and tend to be entrepreneurs and business owners, often from the IT sector. The most sought-after homes are villas with 3 or 4 bedrooms, a swimming pool and sea views and those renovated to a high standard with either a modern or Ibicenco style. San José on the south west of the island is highly desirable and the north of the island near San Carlos is becoming increasingly popular as it is close to an international school. Although the buyer profile hasn’t really changed over recent years, more families are moving to the island to live all year round, noticeable by the large increase in inscriptions in international schools in the last couple of years. As prices have increased significantly in the last five years, buyers who are purchasing second homes are interested in properties with a tourist licence so that they can rent out their property to cover some of the running costs. However, properties with licences are hard to find especially as regulations have become stricter in recent years.”

“In the last few years we’ve seen decreasing international and more national buyers, mainly purchasing as a secondary residence and there are definitely fewer investors around. Age-wise, buyers tend to be between 30 and 50, noticeably younger than the typical buyer of a decade or so ago. We’re seeing lots of entrepreneurs and business owners who are either looking to relocate or spend part of the year in and around Marbella. Estepona and Benahavís are areas growing in demand. Popular properties tend to be modern, detached villas in gated compounds with good facilities and services near the beach. As there are numerous projects already built along the Costa del Sol competing with each other, buyers want quality and value for money.”

“The buyer profile has not significantly changed in the last five years or so but we are seeing more high-end lifestyle buyers than previously and a big increase in prime market French buyers. The age range tends to be between 50 and 60 years and buyers have a diverse range of backgrounds, from company owners, lawyers and notaries to entrepreneurs and marine engineers. The coastal areas around Begur and Palafrugell remain the most sought-after, specifically, the bays of Llafranc, Calella, Tamariu and Aiguablava. The Punta Brava estate in Sant Feliu de Guíxols is also seeing substantial investment from boutique luxury developers and private investors. Sea view villas with private pools tend to be the most sought-after product. In general, the market is seeing more movement at the high end of the market now than at any time since the beginning of the crisis and prime areas of the coast are in high demand.”

“The average buyer in Girona is relatively young, normally aged between 35 and 55 years old. They tend to be entrepreneurs, business owners or professionals with motivation split between investment, primary and secondary residences. The Baix Empordà remains the most sought-after location amongst high-end buyers of rustic properties. However, we are seeing movement in various areas within easy reach (30km) of Girona city, including El Gironès, La Garrotxa and Pla de l’Estany. Demand in the rustic market is fairly diverse. During these past six months we have sold restored masias, luxury estates, masias requiring renovation, ruins and restored townhouses. In Girona city properties in the Barri Vell (historic quarter) are those most in demand, yet supply is limited. Overall, there is a more active national market than five years ago. Demand is more diverse than ever with foreign buyers coming from all over the world with notably more interest from US clients.”

“In the Maresme the majority of buyers are either young professionals or retirees looking for primary residences. Mid-market demand is currently strongest for detached family properties priced from €400,000 to €600,000. The area south of Mataró is seeing greatest movement with Alella showing to be the most active market. In general the market has become much more local in the past two years (including both domestic and resident international buyers) and this has brought down the average sales value. Until a couple of years ago the high-end of the market (over €900,000) was largely driven by international second home buyers but this sector of the market has dropped off significantly over the past 24 months and as a consequence we are now seeing very limited movement in the prime Maresme market.”

“We’re seeing increasing numbers of national buyers especially Catalans based in Barcelona looking for second or weekend homes. There are slightly fewer Brits buying, probably because of Brexit, but they still easily make up the largest proportion of foreign buyers. Our buyers tend to be business owners or self-employed people working in IT or finance, generally aged between 30 and 60. They tend to look for town centre or seafront apartments, preferably with a tourist licence, or contemporary villas in the hills overlooking the town with sea views. The areas most in demand are the town centre, Vinyet, Vallpineda and Sant Pere de Ribes, which is particularly popular with young families looking to settle as it is cheaper and many schools are within walking distance.”